Now Viewing: Want an image restored?
Keep it civil, do not flame or bait other users. If you notice anything illegal or inappropriate being discussed, contact an administrator or moderator.


Post a link to the image that you wish to have restored. If the link no longer works it is gone forever.

NOTE: Gelbooru does not require moderator approval for uploading, unlike sites like Danbooru. Therefore arguing that because other images that violate the ToS are still on the site is invalid.

I don't see anything wrong with this one, seeing how both Dan and Gelbooru seem to tolerate some video game posts. 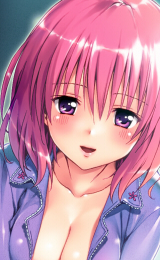 I know the ToS says no toons, but I hardly think this image falls into that category. I figured it was okay considering other Avatar images were placed on here as well. It just seems odd, when there are other American works on here (such as X-men or even James Cameron's Avatar)

But if not I understand. Just seems odd if it doesn't belong here how come the others aren't removed as well?

If the artists are not Japanese, then those images shouldn't be here as well. They are missed moderation not condoning of their content. That explains why they're there.

The problem is this is a Japanese-themed website so Avatar as being an American animation is against the ToS.

*Edit by lozertuser* Unless a Japanese artist created the drawing.

I don't know why this was deleted, especially when there are no jpeg artifacts to be seen. 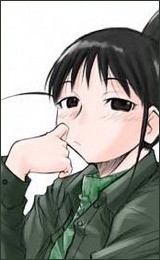 I don't know why this was deleted, especially when there are no jpeg artifacts to be seen.

Might be your monitor. I see plenty on the mens' suits and around the edge of the girl's body and bangs.
I'm not the one who deleted it, but I do see why it was.


I don't get this reason for deleting a post and I disagree with it being deleted. I've seen plenty of images here that do not appear to be Japanese in anyway but they remain. Just curious why my post got deleted because of this.

Also the fact that other images are "untouched" is not evidence of acceptance of non-Japanese images. This website does not require moderator approval for uploads unlike how Danbooru does, so ToS-violating images can and do get missed.

How is this "not related to Japanese culture"? 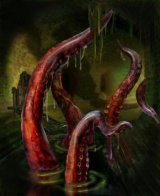 Answer to: How is this "not related to Japanese culture"?


I see nothing Japanese about that movie, it wasn't even Final Fantasy even though it bore the title. Then again, I really hated that movie because of that fact. It may have been japanese directed, but it was made in the American studios. But I guess if it has some level of japanese to it, it's fine. Either way, it was restored, so it's fine.

The actress behind Aki Ross is Ming Na (who is not Japanese), and the CGI is based off of her body and voice. The CGI is American ingenuity (against Gelbooru's rules being Gelbooru is Japanese-oriented), and the movie itself though by a japanese director, is also American made by an American studio with a few japanese artists involved. Also The Spirits Within is ... special in a way. For one, there's nothing remotely tied to the games about this. The movie had no magic, no weapons (except guns, which final fantasy doesn't use much of, even FF7 had other weapons than JUST guns), no magic, no summons, and nothing else that remotely identifies what FINAL FANTASY is. Those were my motives for deletion. Basically, I deleted it because of the actress, mostly. Aki Ross is Ming Na, and she is from Macau (She's portugese, not Japanese).

Proof: ((INTERNET MOVIE DATABASE, or imdb.com)) Ming-Na Actress, Final Fantasy: The Spirits Within Ming-Na (translated her name means "enlightenment") was born on the island of Macau, a Portuguese territory located 40 miles from Hong Kong that was returned to China in 1999. Her mother Lin Chan Wen divorced her father when Ming-Na was only a toddler. She has an older brother named Jonathan.